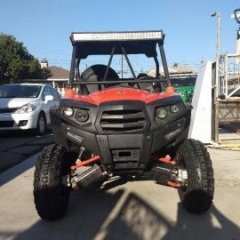 Hello there, there are a couple of things to address here. First off is to make sure when the throttle peddle pressed all the way down, that the throttle is also opening all the way. You can check thi

Yes, I am very close to making a public flash for the OEM ECU's. As for just taking it to a local Delphi shop, it's not that easy. Yes others like Harley use the Delphi MT05, but they use different la

Just an update on the slow unit issue. I wanted to make sure I get back to everyone regarding the slow top speed on their Hisun 250's. After confirming with HiSUN, the 2017 and newer units have a diff