Talked to Silverbullet about Trooper supercharger 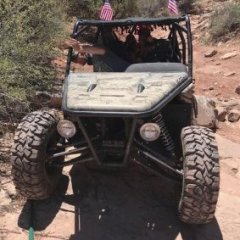