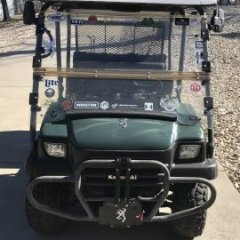 My dealer just got parts this morning (purchased on Jan. 20th) - I should have it by the weekend!

They got ours delivered today (instead of tomorrow).